You’ve probably heard hundreds of times that in this day and age what is perhaps the easiest business to get into would be one which you’d run online and that’s true but that’s not the whole picture. It’s the type of online business to get into which will have you coming away with a resounding success or walking way with your tail between your legs as just another statistic.

So I guess the title has already given it away, but the best business to get into has perhaps always been that of advertising, well except perhaps back in the day when advertising didn’t quite formally take shape as an actual “thing.”

Advertising has always existed for as long as trading has existed. It was just something which was facilitated by the primary seller as a necessary part of the operation of their business. In other words, if you were a farmer back in the earliest days of the first signs of commercial farming, since there weren’t any advertising agencies around you would have had to go out there yourself and get your produce in front of the eyes of the people with whom you wanted to trade. You basically had to do the advertising yourself.

These days though making some big profits in the advertising industry can be as easy as setting up a one-man operation such as a blog on which sponsored posts are published or going the full nine yards and perhaps opening up your own marketing agency which hires some great marketing talent.

If you think of it really, all business is related to advertising in some or other way, but it is those who take advantage purely of the advertising side of things who make the most money the quickest. I generalise of course because otherwise that would very easily imply that the advertising agency which is hired by a manufacturer to market their products makes more than the manufacturer.

In some cases this is true enough, such as how a high-street restaurant chain owner is perhaps the main or even the sole buyer of some fresh produce from a farm and then they go on to market the finished product they fashion out of that fresh produce to be sold at a higher price. Think something along the lines of the tomatoes which go into the making of a tomato soup or even those that go into a burger, for example.

Now, when we bring things back into the internet space then the true potential of the power of getting into advertising as a business is revealed for what it really is. Because of the very low overheads associated with something like starting your own blog or website, which of course can go on to be monetised through advertising, sometimes the returns can resemble what would otherwise look like a situation which is way too good to be true.

Advertising is the best industry to get into because there will always be someone, somewhere trying to bump up their sales and so they’ll be willing to at least give certain marketing and advertising channels a try, for a fee of course.

How To Avoid Money Arguments In Your Marriage

One of the biggest causes of upsets in marriages is disagreements about finances. Since...

What To Expect When Your Business Gets Sued

When your business is sued, it’s crucial that you understand what to do.  It... 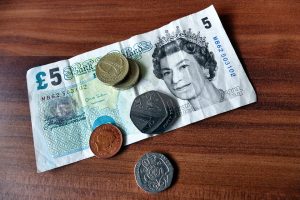 5 Things To Do After Receiving A Large Amount Of Money

If you find yourself coming to a large amount of money suddenly, it’s important...

Hello, I am Michel.

Want To Stop Worrying About Money?

Download our e-books to find out how I managed to save 27,000 year.